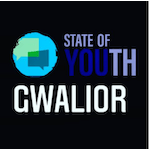 State of youth Gwalior is a local chapter of the State of youth.
Let's unite under one name youth and make this world a better place for everyone to live.

#36871
Scan me or visit www.chapters.stateofyouth.org/o/State-of-youth-Gwalior/Activities/Equality-matters/36871 to join

Equality is basic right of every human. In india most of the people is not given equal rights. We are going to provide appropriate education on equality

This the first face of our campaign that focuses on increasing awareness about the inequalities found in community and what we can do to remove than .Also informing people about the rights given in indian constitution .Ensure equal opportunity and reduce inequalities of outcome, including by eliminating discriminatory laws, policies and practices and promoting appropriate legislation, policies and action in this regard. Empower and promote the social, economic and political inclusion of all, irrespective of age, sex, disability, race, ethnicity, origin, religion or economic or other status. As well said by Malala "one pen one book one teacher and one student can change the world" so educating people about the inequalities is the goal of this first face of our activity .

In India discrimination is not a new term . Since ancient times People from high castes have been humiliating low caste peoples . Females are not allowed to get educated and work . Though Indian constitutions provides equal status and rights to every citizen still the disease of discrimination can be seen in India . The reason is lack of awareness among people . We have to understand that all are humans having that same red blood and 99.9% similar DNA. In India people are discriminated on the basis of their religion , caste , gender , language ,disability , economic status. India has witnessed so many riots in the name of religion and caste . Though our great constitution provides equal rights and status to every citizen . But due to lack of education people are not aware about it . One in four Indians is poor ,more than 283 million people are still illiterate . 84% population still earns less than 5000 rs per month that’s leads to poverty . Inequality has a very bad impact on newer generations now we can see discrimination on social platforms . And while doing so people don’t even know they are discriminating someone. Equal opportunities are not given to females and youths. Most of the females are forced to get married before 18 . Main reasons Discrimination in India (6 Major Causes)

What we will provide to volunteers

This Activity is expired You can find other Activities here.

About State of youth Gwalior